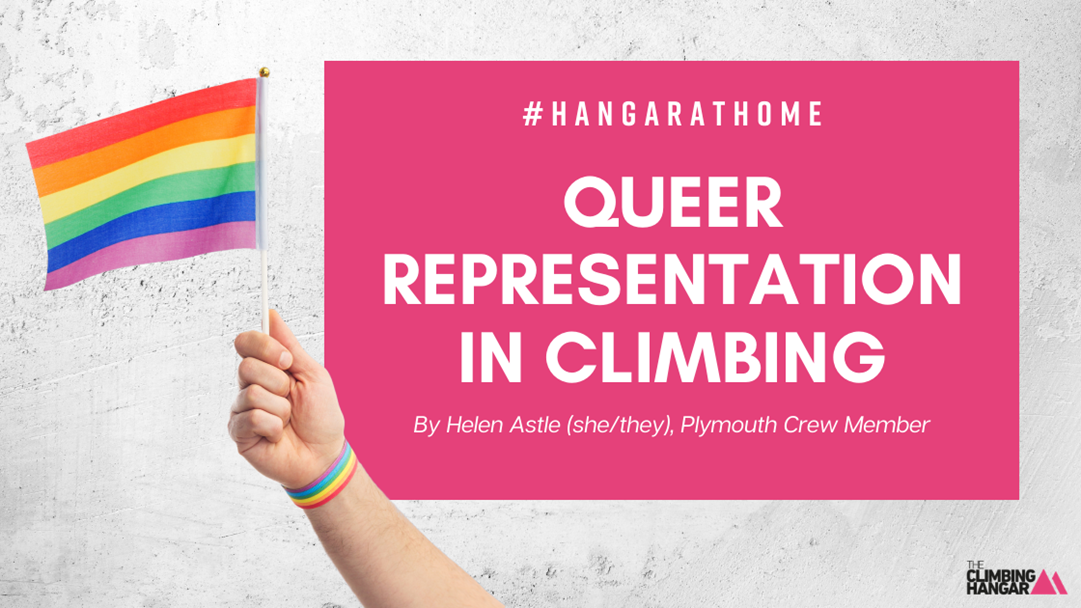 First, a gentle reminder – when discussing topics such as those discussed below, be mindful of people’s preferences as to language. I use the word “queer” throughout this article because it is a word that I am comfortable with and use to define myself. It should, however, be recognised that this word has been, and still is, often wielded to hurt and minimise people within the LGBT+ community.

In the UK, February is LGBT+ History Month; and with the immense amount of time thrust into my hands by the current lockdown, I’ve had more time than usual to think about it.

I should introduce myself. My name is Helen, and if you have climbed at our Plymouth centre, you’ve probably seen me bumbling about taking photos and the like. I use both she/her and they/them pronouns, and when I’ve got enough time for dating, I don’t particularly care how you identify as long as you can make a decent coffee.

But what about climbing? I like to think I know quite a few climbers at this point but can count on two hands the amount of openly queer people in the space. When I was looking around for additional references for this article, what little I found was predominately US-centric. For example – Arc’teryx (and other brands) host and support various queer events, but all in the US. HomoClimbtastic is a climbing convention, also based in the US. All but two of the 20 articles I had open in various tabs were written by and for a US audience. I don’t mean to diminish that – these people, organisations and publications have worked hard to include people in the queer community, and I will forever be grateful for that; but I can’t help thinking… what about us over here on this side of the pond? Where have I seen that representation, that vocal support?

The short answer? I haven’t.

The times I’ve seen others enquire about the presence of the queer community in climbing, it has been met with “should it matter? Keep it separate”, “can’t we just be humans”, and other sentences showing one of many possible reasons as to why this is still an issue. These feelings often come from a place of privilege, from people who simply may not realise when language, systems, and facilities (or a lack thereof) oppress and hurt minorities.

Historically, climbers such as Geoffrey Young (former Alpine club president, key figure in the founding of the BMC) and John Menlove-Edwards (who has many first ascents in and around Snowdonia) were widely accepted as gay – even at a time when homosexuality was illegal, it was relatively accepted in climbing circles. So why is it that, over 100 years later, and more 50 years since homosexuality was legalised in England, LGBT climbers are still so underrepresented?

One major reason, and one that I found myself, could be the overall lack of queer role models in the space. People, especially those in the public eye, often may not want to “advertise” themselves in this way, whether due to fear of losing sponsorships/other contracts, not wanting to receive any backlash from their peers or the wider community, or simply not wanting to share this part of their personal life with the world.

Another could be the irregularity with which queer people are encouraged to vocalise and embrace their identities in sober spaces. There are gay bars all over the country – but what about those of us that don’t drink? Queerness and sobriety rarely get to occupy the same space, perpetuating the idea that being queer is something illicit, or only for adults.

So… what can we, as a community, do better?

Lastly, for those of you out there who identify with the queer community, in whatever regard that may be – you are welcome here. You deserve this space. We love you. 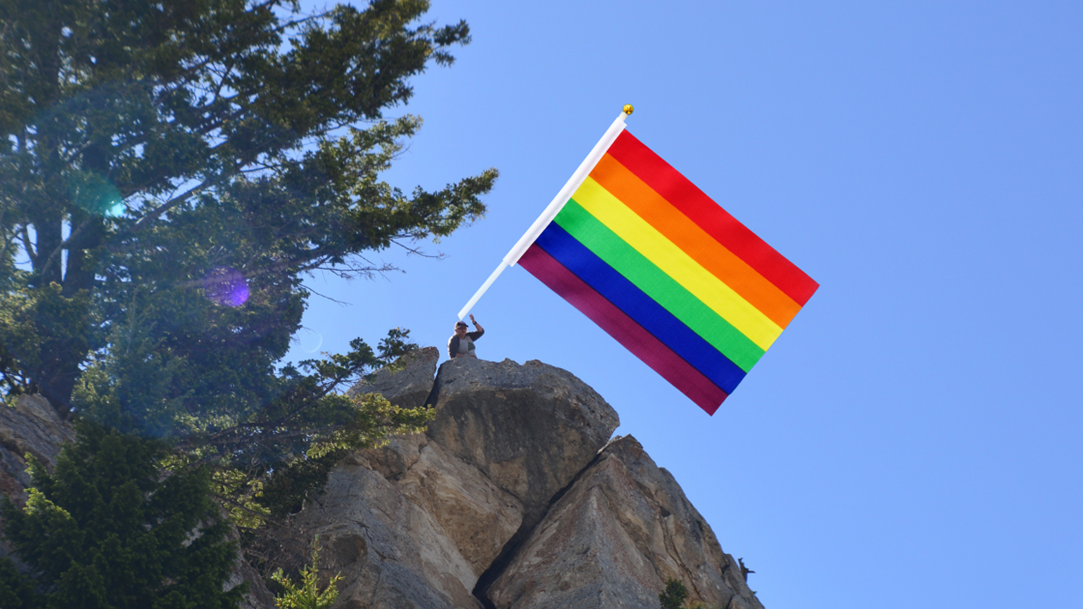 Wanting to diversify your Insta feed? Here’s some LGBT+ climbers, outdoorspeople and organisations we love:

Belinda Fuller @be_climbing, she/her.
Be is a GB coach, and one of the co-directors over at Volume One. If that wasn’t enough, she founded Climbing Out of Depression, a charity that aims to spread the joy of climbing to those struggling with their mental health.

Hannah Baldwin @hbaldwin8, she/her.
Hannah is a GB Paralympian and fantastic climber, with 2 world championships under her belt.

Madaleine Sorkin @madaleinesorkin, she/they.
Madaleine is an accomplished climber, and the director of the Climbing Grief Fund, an American Alpine Club initiative that focuses on the conversation around grief and trauma in the climbing + outdoors communities, connecting individuals to mental health resources.

Samuel Crossley @samuelcrossley, he/him.
Sam is a filmmaker and photographer as well as an avid climber and was part of the film team behind “Free Solo”.

Lor Sabourin @lor_sabourin, they/them.
Lor is a climber, through and through, and has many first ascents under their belt, as well as being the first out non-binary person to send 5.14a.

Not So Trad, notsotrad.org
A friendly group of LGBT+ climbers, based in London with members across the UK.