The Climbing Hangar community is full of amazing people doing incredible things; sometimes for fun, or personal achievement, but often for a really good cause. In our new “Projects” series, we’ll hear from some of these people on their challenges, their methods and their motivations for doing what they do.

Read up. Be inspired. Get beta for life.

First up, we hear from photographer, climber and runner Pete Richards, who last Saturday ran 19 5k’s in a single day, to raise money for charity. Here’s Pete in his own words to explain why, and how, he did it. 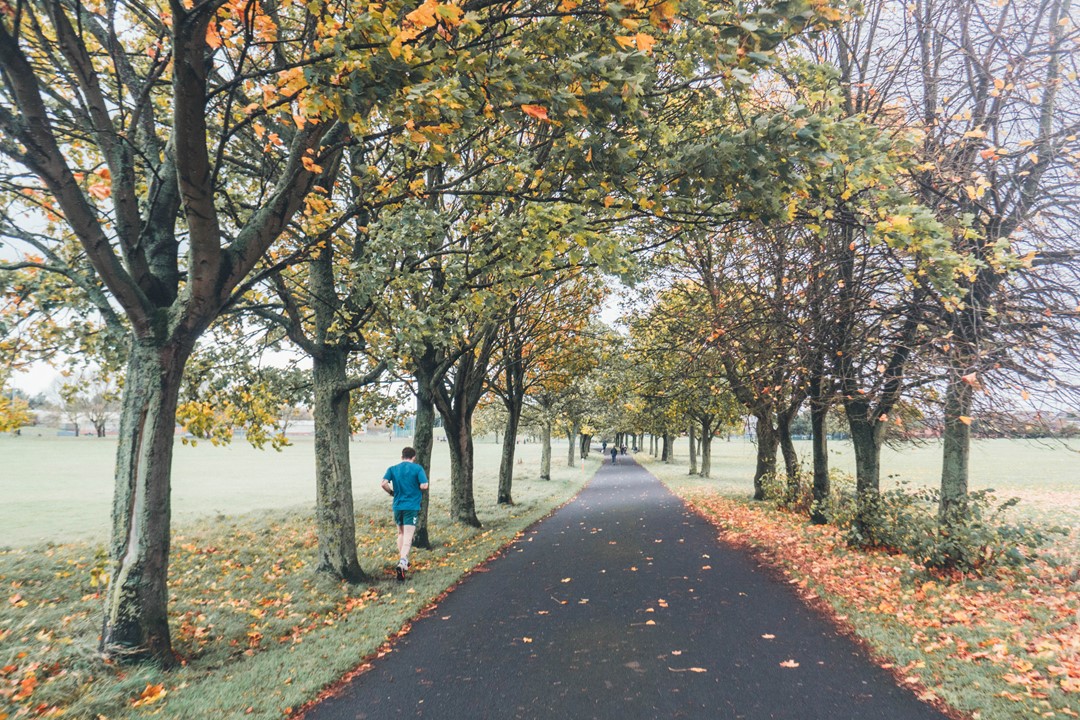 I don’t particularly like running that much, I probably enjoy 5% of the time spent running, that initial primal rush, speeding up out of the driveway and the desperate 50 meter sprint finish but that boring middle bit, that sucks. After every Ultra-Marathon, triathlon or trail run I tell myself I’m out - no more running for Petey. However for some reason it keeps calling back to me. Maybe I just fundamentally hate myself or love the pain. Either way I seem to keep doing it.

During Covid-19 I started running 5k’s again just as a way to balance out the mass amount of chocolate I eat. The thought originally occurred about 3 months ago ‘I wonder how many 5k’s I could run in one day’. Since then the thought grew like a beautiful weed, until I just had to get off my arse and plan it.

Doing a challenge like this naturally lends itself to fundraising for charity, and I decided I’d run on behalf of CALM (Campaign Against Living Miserably). CALM is leading a movement against suicide. Every week 125 people in the UK take their own lives. And 75% of all UK suicides are male. I’ve lost my step-father to suicide, Big Pieter was good dude, he came from South Africa, at 21 he met my mother and raised me & my brother/sisters, he started a family and provided for us for many years. He battled demons his entire life. Life is too short for silly things like suicide, make sure you stay on top of mental health. Talk about it. Say yes more. Be fearless within your vulnerabilities.

So, there is always wisdom in hindsight, and if I were to try this challenge again I would mix up this strategy, however this is how I went about it…

At my fastest I can run a 5k in 18 minutes. There is no chance I could even do two 5k’s at that pace, so I decided to slow it right down to 30 minutes. That’s a 6 minute per Kilometre pace. That gave me 30 minutes of running and 30 minutes of rest per hour. In theory that sounds sustainable… right? My personal goal for the challenge was 24 hours of running. That felt doable. Because of that I decided to start the first run at 4am, meaning I would knock out the hard early hours first. 2 pairs of running shoes, to be used on rotation, one pair drying whilst running in the other. (I should have had a third pair)

I’m a lucky owner of a Garmin watch and, with this particular challenge, it was extremely useful. It meant I could track my pace & distance live whilst on the run. On that first 4am run I slowed my pace to the planned 6min/km and my first thought was how bloody slow it felt. This gave some confidence for the first few hours of running. By hour 5 (25km in) that pace felt about right. Hour 6 I ran down Liverpool docks and around the Liver Building. This was the lap where I realised the difficulty of the challenge. It was lashing it down. My shoes and all my gear got soaked. My muscles started that deep ache and tightening that you feel at around a half marathon distance. I started really concentrating on stretching and re-fuelling.

At this point, the runs started getting very hard. My motivation was still there but my body began to scream at me. I became very conscious of every step, I started doing the same loop of Wavertree park, working out that from my door and around the park twice was near exactly 5k. I couldn’t risk unknown routes anymore, running an extra 0.5k was too much a risk. I managed to keep my pace, meaning after every run I would have 30 minutes to prep for the next run. These precious minutes became a ritual of hydrating then eating and stretching my calves and thighs. At 3pm I had a full squad of runners. Five of us ran around Calderstones Park in the pouring rain, laughing and shouting, whilst jumping through puddles. Great energy and the uplift I needed before getting into the night time hours.

16 hours of running in the rain and I’m met with clear night skies. Occasional distant fireworks go off, surely in my honour. The pain goes deeper than my muscles or joints. It’s a low humming in my bones, that can’t be ignored. The bones in the bridge of my feet start to feel bruised every time I step. My abs and forearms start to feel sore, my knees feel battered by impact but the tightness of my muscles also feels like its pulling them apart. Somehow I manage to keep a very similar pace, and in my resting time I’m crumpled on the floor trying to stretch and eat. I accidentally fell asleep on the toilet: the best 2 minute nap I’ve ever had. During lap 18 I had another full squad but I couldn’t really hear them talking, I was just in my own dazed zone. Lap 19 was my final lap, it took a lot to get out of the front door on that one, I remember nearly falling over a few times, I couldn’t really think about anything I was pretty much at the end of my ability.

I destroyed my shoes! They have massive tears in the toe-box. My whole leg situation is messed up. I’m hobbling around like an old man. The day after, I had pizza for breakfast and had an alternating routine of sleep and TV. I think I’ll be feeling myself again in a couple more days and climbing by the end of the week. The crux of this challenge is in the approach you take, in hindsight I think at around 12 hours I should have slowed my pace down even further, rather than pushing myself to keep up with a preset pace. In those later hours those 30 minutes rest became hell. My legs would cool down and seize up. Each time I stepped foot back on the run I had to warm up all the muscles and joints all over again.

In 5 days of fundraising we smashed my target of £250 and 100+ people raised over £1600 for a bloody great cause! Thank you to everyone who donated their hard earned cash and shared my posts. It warms my old soul.

I want to say a huge, massive, mega, uber thank you to the legends that came and supported in person. Just to name a few: Danko (My Muse) Barney, Elliot, All the Toms in my life, Briggy Smalls, Big Ben, Louise, Al, Glenn Bob, Paul & George.

As for now, I’m done with running…

Find out more about Pete and check out his brilliant photography and apparel over at http://studio-pete.com