4 OTHER reasons why kids should climb

It's great for their mental and physical health... yada yada yada.

Most of us know that climbing is an ideal pastime for youngsters, in building their confidence, their resilience and their strength.

But there's more to the story than just that. Read on, below, to find out... 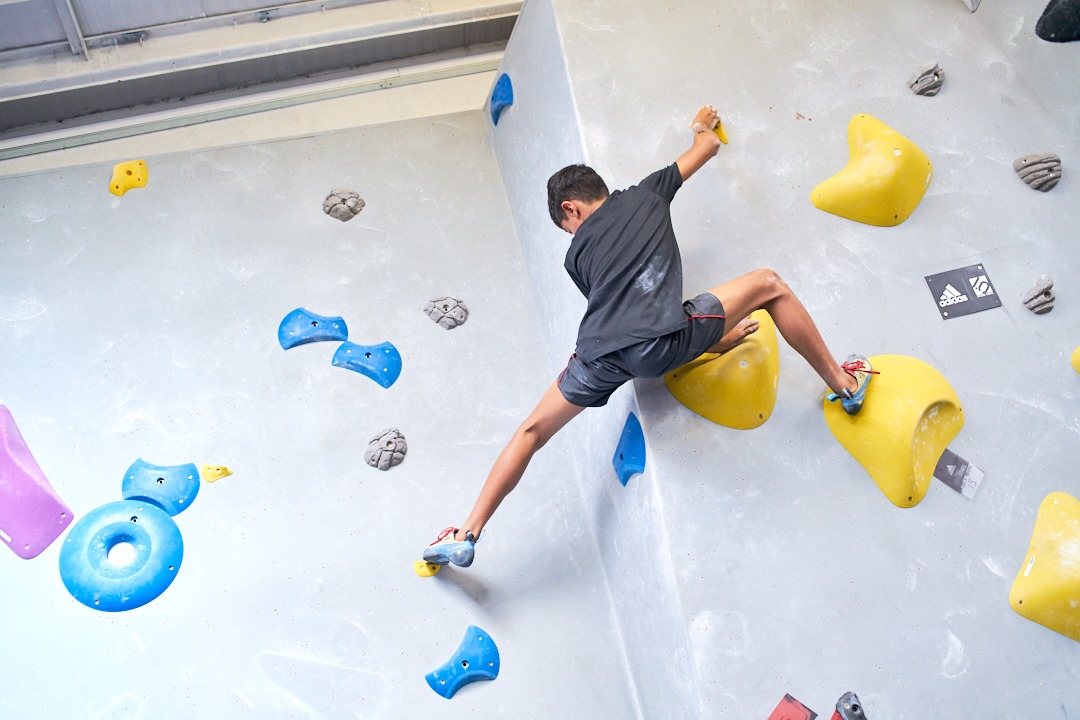 When we were thinking of reasons why climbing is good for young people, we did the natural thing and turned to Google. What we found was article after article on skills that young people develop at the climbing wall. Increased strength, endurance and flexibility; coordination (hands, eyes and feet!), problem solving, decision making, communication and teamwork skills are just a few…

Being climbers ourselves we’re not arguing with any of these, but it all feels rather generic. We wanted to get to the bottom of what gives climbing the edge over other sports, so we turned to the Hangar crew coaches instead.

The people who climb are one of the best things about climbing; unlike many other sports there’s no stereotypical climber. Don’t believe us? Just look at the pros! From the self-proclaimed ‘socially awkward’ Alex Honnold to Adam Ondra and our own Shauna Coxsey; the climbing world has space for all sorts of personality, motivation and climbing style.

When we think about the people who come through the Hangar front door, we see anyone from puzzle enthusiasts to gym buffs flourishing in the same environment. Why? Because climbing has a helluva lot to offer. Whether you’re looking for a physical and mental challenge or a space to socialise with others, climbers are brought together by one shared goal: to solve the problem. This diversity enriches the climbing experience for young people, who have a lot to gain from venturing beyond their social comfort zone and encountering new perspectives. 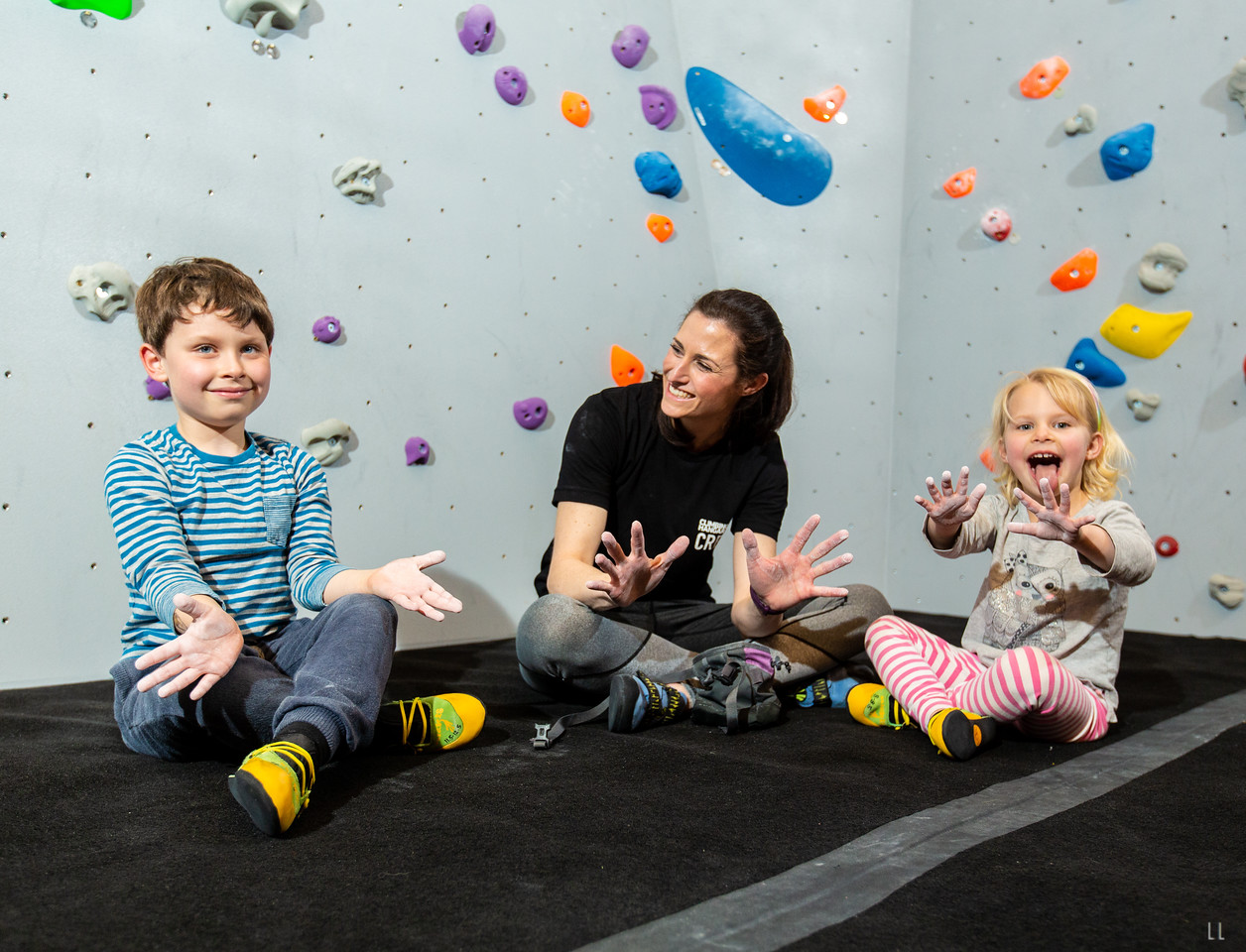 Through our kids clubs we’ve discovered that climbing often appeals to young people who don’t consider themselves to be particularly sporty. Funnily enough, many young people determine their sporty-nessaccording how they got on with PE lessons at school.

But if we’re being honest, loads of climbers weren’t big into school sports. And it wasn’t the sport itself that had us sweating with nerves as we shuffled into our PE kit... It was the direct competition; waiting to be picked last for your team before disappointing everyone when you miss an easy shot on goal, and the overwhelming pressure from your peers. Unfortunately, when kids don’t get on with school sports, their natural instinct is to reject sport altogether and pretend they don’t care.

And then there’s climbing... The climbing wall offers competition in a low-pressure environment: you can work with your peers to solve the problem (and you’re probably trying to do it before them) but at the end of the day youset your own pace. For young people who don’t thrive in high-pressure team games, climbing provides the freedom to build their skills and gives them a newfound confidence in their physical abilities. 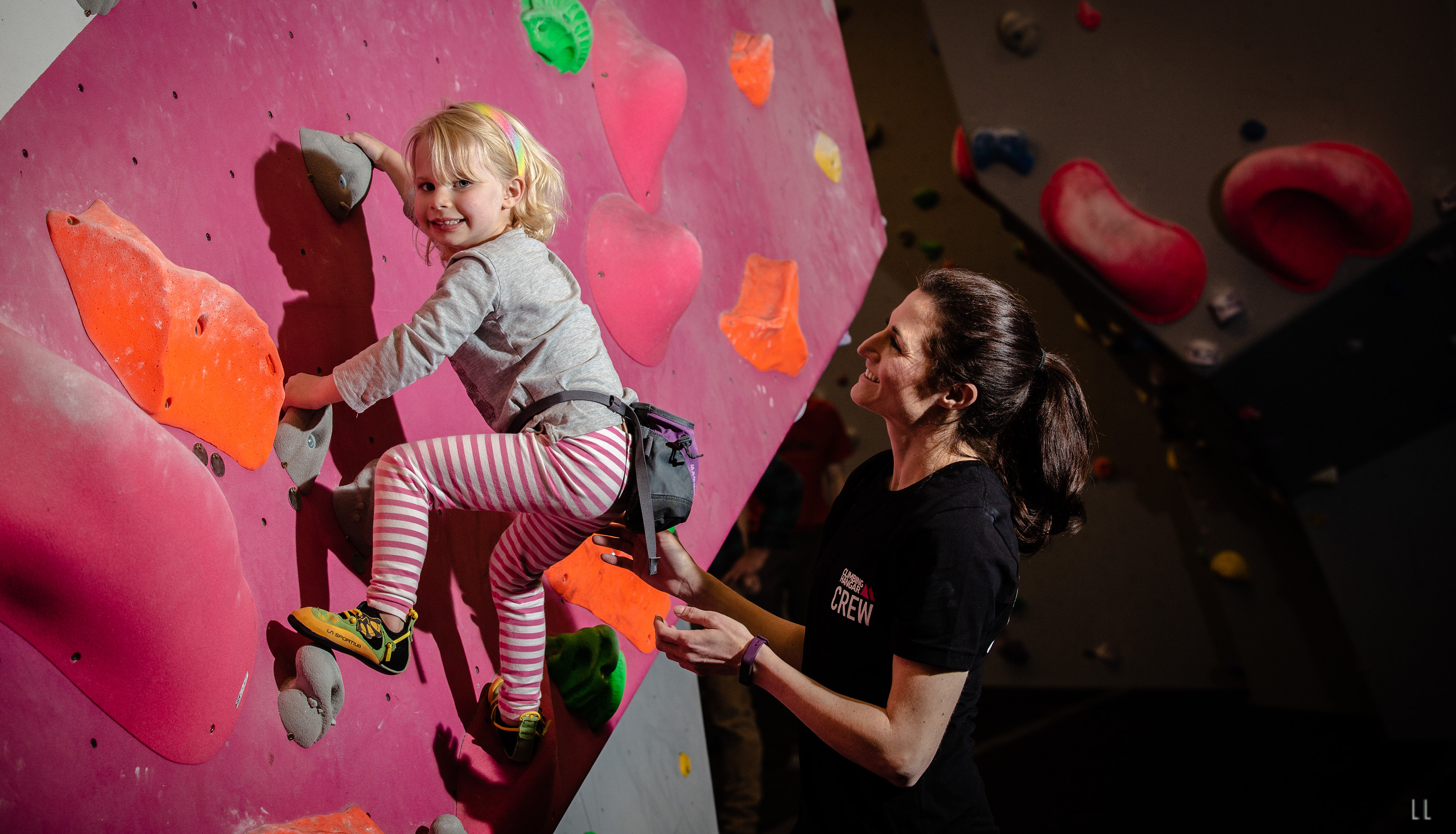 It’s the time for reflection

Climbing is a space where young people can take some time away from their phones, computers and social media.

Climbing is simple: you are an individual climbing a wall. This means that you have time to think about your strengths and weaknesses, how you learn and progress, and how to accept a failure as part of your journey to success. In an increasingly busy world, this headspace helps young people to consider their perspectives and just breeeathe for a moment. 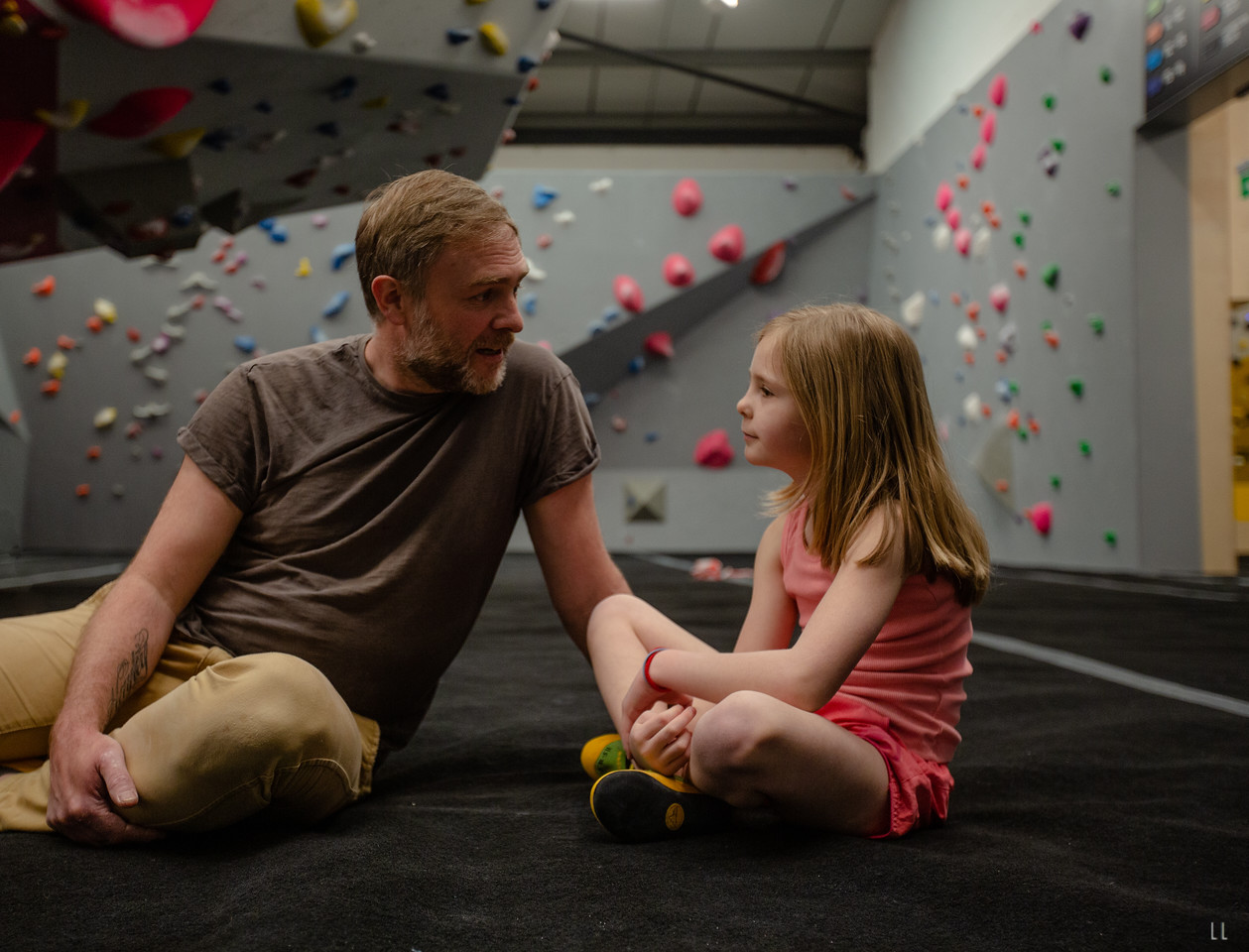 It’s the gateway to the outdoors

Climbing walls are popping up all over the country, often located in urban areas where young people do not have ready access to outdoors spaces. Through getting to know other climbers and attending events like the Hangar day out, young people can reap the psychological rewards of spending time in the hills and learn how to respect wild places too. 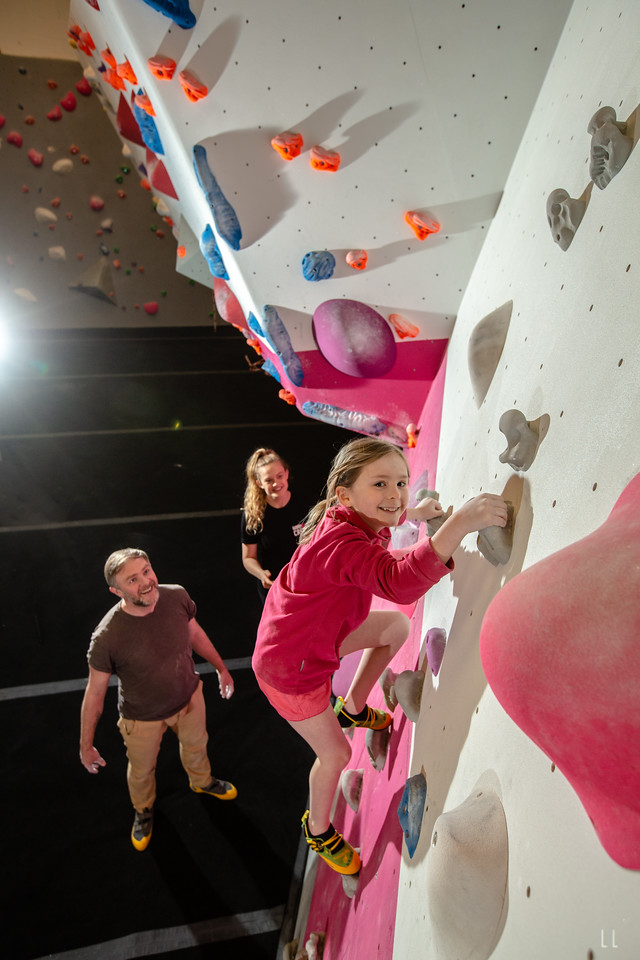 So that’s it in a nutshell. That’s what we think makes climbing such a special, enriching sport for young people. And that’swhy our kids clubs are some of the most rewarding sessions that we coach!

Kids enjoy their first steps upwards in safety with Rock Club, our range of climbing classes for kids under 14 years old.

Clubs are split by age and there's loads of opportunity to progress with our expert coaches on hand to guide your junior climber from the first stretch through to Hangar Squad status.

With Rock Club, your little ones get fully involved in Hangar Life and get the opportunity to join UK-wide community of psyched kids who climb and support each other through fun and adventure.